This article responds to the problems with adequately perceiving environmental change and biodiversity loss, specifically focusing on the reported declines of global insect populations. This post posits reflection on why we might fail to notice absence and the consequences this might have for ecological futures. 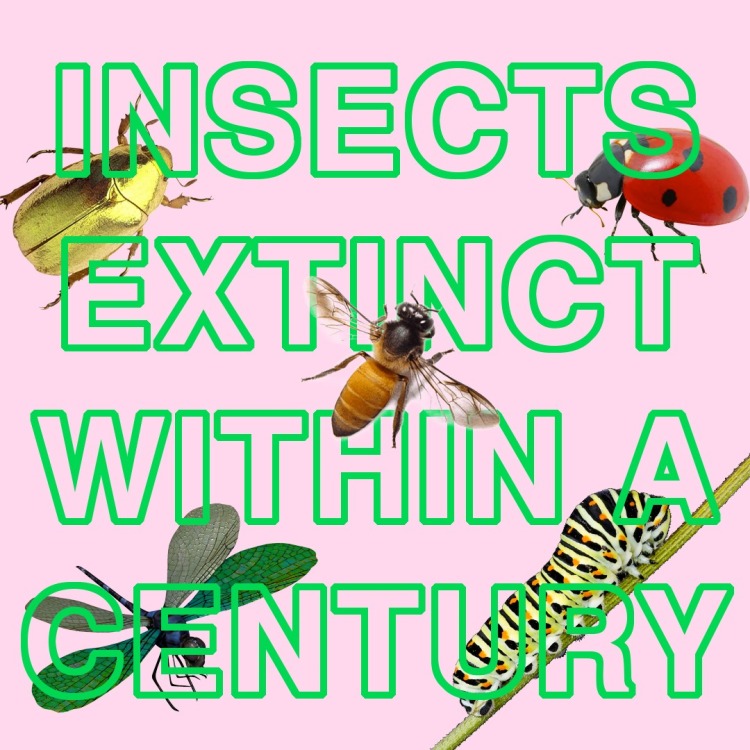 An excerpt from a conversation between Anna Tsing and Isabelle Stengers:

‘And expropriation to me means something like what you, Anna, mean by ‘alienation’ (Tsing 2015: 5): a being separated from what makes you alive, a condition in which you also stop thinking, imagining, and noticing particular beings and relations’ (Latour et al, 2018: 590)

Recent reports have raised alarming questions for our conjoined ecological futures: when did insects begin to disappear? In Europe, studies have reported the rapid decline of insect populations and yet until recently, little was known or articulated around these early observations. I, as many others do, remember vividly a childhood filled by the fear of abundant flying insects, of invasions of moths and spiders into my bedroom each night. Noticing these absences in my present life feels concerning, and very real. What I then find more concerning, is that until it was pointed out in a recent New York Times piece, I had barely even noticed.

The disappearance of flying insects was first anecdotal, when motorists began to notice an absence of insects trapped against car windscreens after driving through countryside. This general observation of ‘missing insects’ was supported first by a number of concerned naturists, and among entomologists, quickly became known as ‘the windscreen phenomenon’. What might appear to some as a fuzzy nostalgia has now been propped up by some new and alarming research; in Germany, in 2017 Hallaman et al, noted over a 75% decline in flying insects in 63 protected areas, comparing total biomass collected over a space of 27 years. A global review published in Biological Conservation further supports such declines, citing that 40% of insect species are at risk of extinction in the next few decades. But, if there have indeed been such large declines, this issue raises the question, why didn’t we notice?

‘Sliding baseline syndrome’ may form part of a psychological explanation for this kind of phenomenon; due to human life span and poor memory, knowledge of the natural world is progressively lost over time, which tends to mean people don’t perceive the changes happening due to human action. What we might see as degraded, our children will see as natural. This becomes a kind of ‘generational amnesia’, a problem of both time and memory where information about our natural environments are lost. The act of forgetting also works on a personal level, where a natural baseline can shift in a person’s lifetime, their present understanding becoming the norm. I take my own lack of perception as symptomatic of a busy life, and an increasing ‘urban estrangement’ from natural worlds. As populations increasingly condense in cities, changes in the natural world go steadily unnoticed.

The plight of the ‘charismatic large mammals’ has taken centre stage in the dialogue around biodiversity loss, and rightfully so, being the most visible, tangible. Whilst these losses are indeed devastating, I fear we are also experiencing the loss of much smaller multiplicities of life, and alarmingly, kinds of life systems we know far less about. Insects might never have been a companion species for humans, or an expression of life that has been conventionally celebrated, but they make up a huge proportion of global biodiversity and their absence matters. Insects are wrapped up in vast and complex systems of relations, largely making up the fabric of a healthy and flourishing eco-system. We, as humans, are also entangled in these webs of relations. As ecology shows, these webs are delicate, and if insects continue to disappear, so will others follow.

Yes, we might add that extinction is an essential and inevitable process in evolution, but not at the rapid and accelerating speed that is coming to define present declines, a time Kolbert has pronounced as “The Sixth Extinction”. Species might continue to adapt, finding more favourable climates and habitats, but such changes send unknowable ripples through eco-systems. This issue should cause alarm, and urgent policy action, but also sadness, for the experiences and forms of life that are diminished. How can we express and explore this kind of species loss? Michael Malay questioned what literature would look like in light of such imagined extinctions; an Emily Dickinson poem is torn apart with references to insect life removed, it is left an unfinished poem, fragmented and incomplete. On reflection, literary works become eerie with their absences, poetry becoming spectral of a once more ecologically rich world. 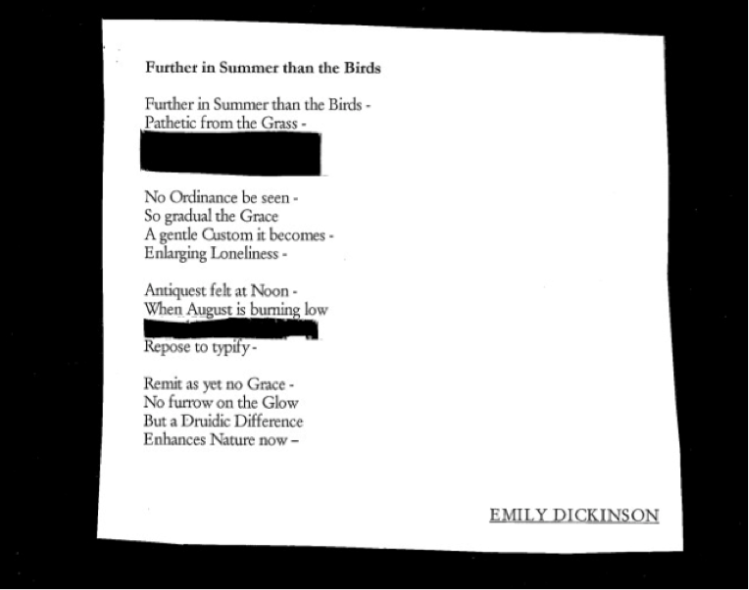 With the continued momentum of acceleration in all aspects of life and economy, the world is experiencing a blanket loss in biodiversity that is going remarkably unseen by humans, and in some cases, without the full understanding of what is disappearing. Malay calls these kinds of losses as ‘faceless extinctions’. This facelessness is both cultural and practical; due to a lack of quantitative data on insect populations the scale of loss itself remains unseen and to an extent, vastly unknowable. This remains a serious challenge for conservation, particularly when environmental data is limited across long durations of time. Lack of funding, and access to data on larger scales, will continue to stand in the way of preventative actions. In everyday life, we cannot perceive what we do not recognise, and this kind of issue provokes a repositioning of how we understand and relate to nature more widely.

These disappearances must grasp our attention, and shake us into both reflection and political action. What would a world be without insects? A quieter one, yes, but also an uninhabitable one. The Silent Spring was published almost 60 years ago, laying out an ecological manifesto against the reckless use of insecticides. Its cautions and consequences remain more real than ever, and we must seriously consider the magnitude of a continued ecological unravelling. The global review identified main drivers of insect disappearances to be loss of habitat, intensive agriculture and the wide use of insecticides. These are political issues that can be prioritised. The identification of drivers opens up a path for mitigation, but also stands as a moment where we might stop and contemplate our relations to smaller and less noticed forms of life.

Jarvis, B. 2018. The Insect Apocalypse is Here. The New York Times.