This blog post is a response to an exchange between people from Colombia and the UK who are seeking to challenge open-cast coal mining corporations. This exchange took place in County Durham and Newcastle on October 13-14th October. Scarlet was heavily involved in the Campaign to Protect Pont Valley for the first half of 2018 and has previously worked in Colombia supporting communities fighting to defend their territories from mining. In this post she seeks to bring this work in to conversation with ideas from Society and Space Masters she is currently studying at Bristol University.

At some point in the evening, the anxiety dropped away, and Misael began to speak. We had only met two hours ago, as part of a short but rich exchange between coal affected peoples in the North East of England and the North East of Colombia. Between us we brought different perspectives; the President of the Colombian Coal Workers Union, environmentalists, Way’uu and Diptoncommunity leaders, lawyers and Durham Miners Association representatives. 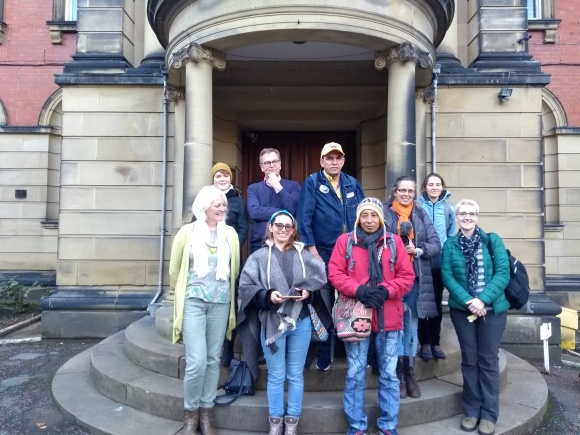 Photo 1: Visit to meet with the Durham Miners Association at the Miners Hall

These two regions are historically entwined as the UK coal mining was shut down at the same time as opencast coal mining began in Colombia. It was coal from the Cerrejón mine in La Guajira, North East Colombia, that allowed Thatcher to break the 1984-1985 miners’ strike and shut down collieries across the North East (Hall, 2008). This particular exchange was facilitated by Coal Action Network (CAN) and London Mining Network (CAN, 2018). 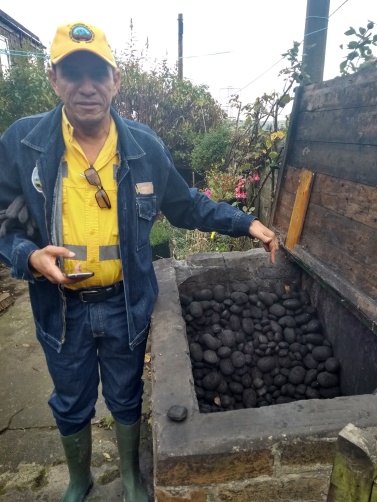 The lives of the humans gathered,
the life of black fossilised rock
in transformation together.
in collaboration.

The earth collaborates reluctantly,
forced to give the black rock up
to the surface. the surface
brought down to the seams

Misael said he speaks when he feels moved to. He spoke in Spanish and the English stumbled along behind. Ontological translations happen in the shadows. [1] Misael is Way’uu, the indigenous people who exist and become in relation with the territory of La Guajira. He told us Way’uu stories of the water spirit. The story below is what I took in; partial, incorrect, translating, problematic, true. Whether these stories are mine to now recount is troubling; be troubled as you enter in to relation with them.

One must not bathe in the water at night. This is when it cleans itself. When this area was militarised then the soldiers began to bathe in the small lake above our village. It is a lake fed by rain water. Local people began to do the same. I went there with my cousin. He bathed in it. I didn’t though. There was a woman on the edge of the lake. She said to him to go first. When he came out, she didn’t show her face. Bad things happened to him after. He got seriously ill.
We had to take him to a wise woman.

The mine causes spiritual pollution for the Way’uu people.

A local Way’uu lad was doing military service. He was stationed by this small lake doing sentry duty. The goddess would be there often, and she fell in love with him.  That was difficult for him. She has gone now though. There is no water in that lake anymore.

It is dangerous if you believe and you are not ready to believe.
Better not to believe.

You, existing in 500 years of colonial imaginaries of indigenous people.
You, relating to stories Misael chose to tell to strangers.
You, becoming in (non)response to people losing their territory to opencast mining.

Tracy spoke to say she feels like the spirit of the valley has abandoned her and her community since the opencast arrived in County Durham. [2] The wind is different now, the way it moves across the stripped land. She stepped in to the opportunity.  Misael had made visible something that rarely gets given space in environmentalism in the UK, let alone to be centred in our campaign strategies. He invited a marginalised relation in to the room, marginalised in the sense that particular relationships have been located outside of science, and thus less important, or less real. 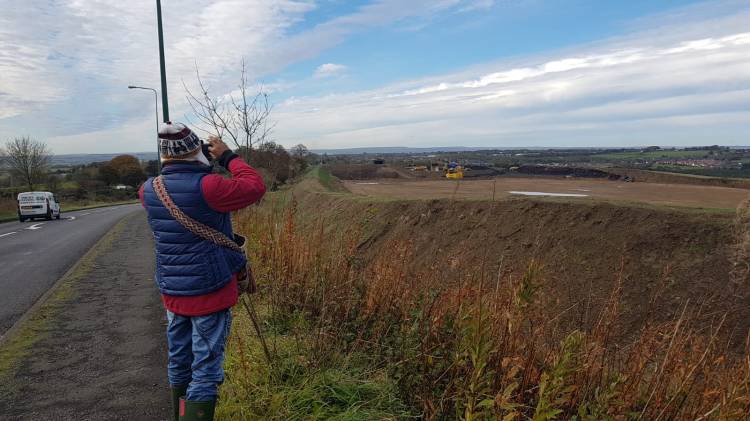 Photo 3: Misael looking with binoculars at the Bradley opencast mine in County Durham

The word “belief” was in the air. Is the notion of belief enough to describe these marginalised relationships? Rosa Maria spoke of her experiences of coming in to belief, as a non-indigenous Colombiana. When you believe, you know it in your body absolutely she said. Rather than belief being a stable notion, Rosa Maria hinted at something else. The notion of belief differs depending if you are the believer or if you are the non-believer looking in on someone else’s believing.  Belief for non-believers is in the mind. Belief for believers is located in the making of life, that is belief is ontological.

Marisol de la Cadena’s (2010) conceptual and ethnographical work here is invaluable. She writes on how non-human actors, specifically earth-beings, are involved in political struggles to stop mining in the Andes. Through the humans who know how to hear and act in relation to their actions, non-human beings are rupturing the separation between politics and science. This separation, which Bruno Latour (1993) calls the foundation of the modern constitution, results in a sense of indisputability around the ‘fact’ that politics happens between humans, nature is known through science, and water spirits are placed in the category of cultural belief. 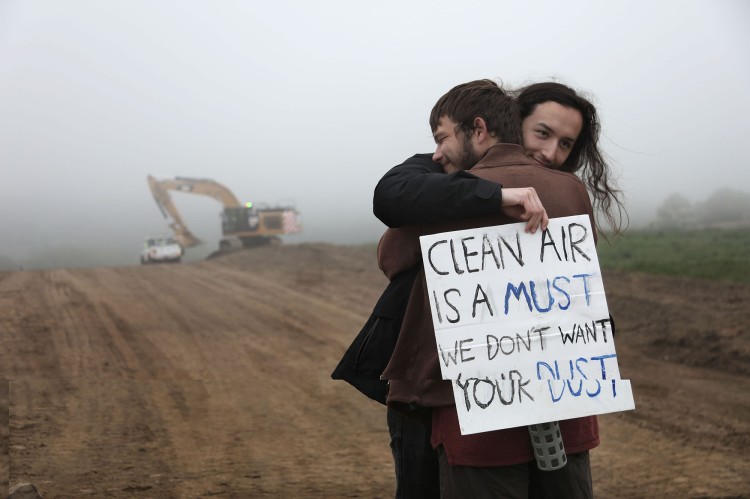 In the UK in environmental movements, priority is given to arguments which have the (potential) backing of science; clean air, noise pollution, carbon and climate change. During the public part of the exchange Misael named spiritual pollution but it was only in the private space that he spoke in detail about this spiritual pollution. As environmentalists, we witness that the modern (non-belief) arguments have more capacity to be heard, to affect power. However, there are concerns about the implications of not including embodied ontological ‘belief’ or relationality in political strategies. What might come about if the ontological relations we currently name as ‘belief’ were made visible and centred in political struggle?

I am sitting here reflecting on the fact that people in England and Switzerland know these experiences and that I have lived and worked in La Guajira all my life, I am Guajireno
and yet I didn’t know what you have just shared.

He said no more. He seemed taken aback by what he had heard; the mechanisms by which non-western ontologies are silenced are such that we don’t know silencing is happening. For some reason this silencing was momentarily broken on this exchange. I have seen this before. While working in Colombia between 2008-2010 I witnessed how Eurocentrism made space for non-eurocentric ontologies to be taken more seriously.  Here on this exchange, we have twenty white British people listening to Misael. We wanted to listen. Misael spoke and Aldo heard. This moment will weave in to their ongoing collaboration, and perhaps in to the wider ongoing collaboration between indigenous and worker struggles in La Guajira. 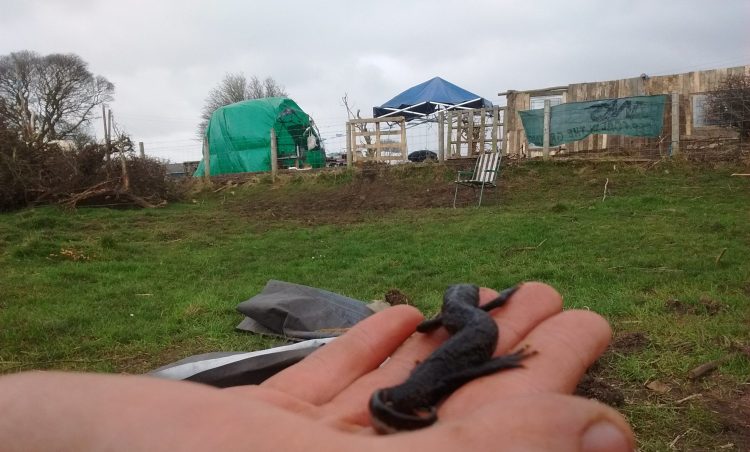 Photo 5: The finding of a Great Crested Newt on the land before the opencast began.

In this exchange the work of navigating the ontological multiplicity falls on Misael. Before we can address the question above about bringing ‘belief’ in to environmental politics, we have to become more attuned to knowing what we don’t know we don’t know.

I tried to bring the notion of belief out of the shadow. Misael is bilingual. ‘Spirit’ I translated from Spanish. What was lost when he translated from Wayuunaiki to Spanish, I asked him?

My optimism that I would receive an answer in my own terms was foolish. I wasn’t sure if this was an answer to my question or if it was a refusal. Or perhaps Misael was saying that nothing is lost, the spirits are always here whatever the word used to name them.

The work of translation across ontologies is full of ‘equivocations’. Brazilian anthropologist Viveiros de Castros names these moments of ontological mistranslation “a failure to understand that understandings are necessarily not the same, and that they are not related to imaginary ways of ‘seeing the world’ but to the real worlds that are being seen” (cited in de la Cadena, p350, 2010).

The small lake near Misael’s village has been lost due to the mine. Cerrejón now wants to move Arroyo Bruno, a tributary to the river Rancheria. There is 40 million tonnes of coal underneath Arroyo Bruno. Cerrejón is bringing a church of scientists who will prove that they can transplant a dry tropical forest and rediverting a river and cause no harm to the ecology in the process.  Collaborations to protect the water(spirits) are needed. We are looking for academics who can lend the powers of academia to challenge Cerrejón’s church of scientists. Please contact me at scarlet@coalaction.org.uk if you would like to be involved or learn more.

[1] I find the concept of ontology invaluable, but I am aware it is a word that takes time to become familiar with and is (currently) used mainly within academia. My suggestion is that if you are unfamiliar with the concept, that when you read this article, you can have the word ‘culture’ close to hand. It does the job to some degree. I choose to use the word ontology instead because it doesn’t begin from the categories of nature and culture, rather it begins from thinking about how worlds are made through different relationships, such as between water spirits and humans, between coal and fossilised rock, between idea of belief and idea of politics.

[2] For more information about the Campaign to Protect Pont Valley in County Durham visit: https://www.coalaction.org.uk/tag/campaign-to-protect-pont-valley