Ricardo is a former MSc Society and Space student and is now a PhD Candidate at the University of Amsterdam. Originally from Chile, in this post he shares his experience during and after his Masters studies, and what drove him to pursue a PhD. 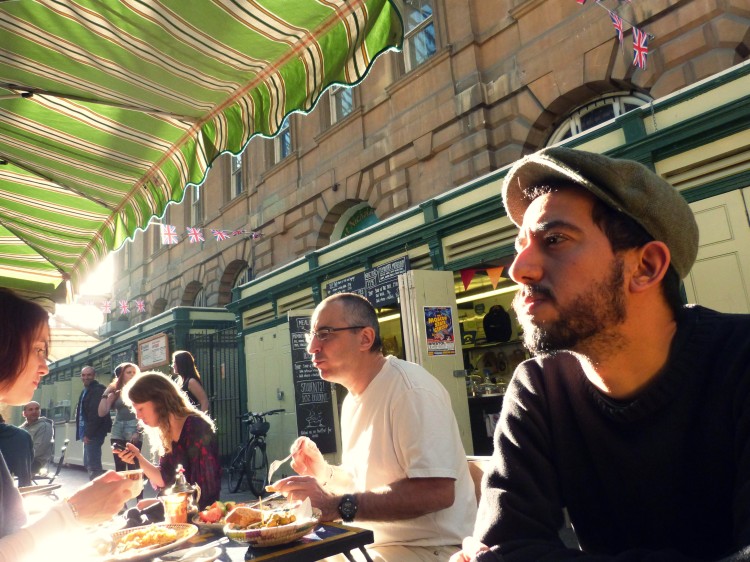 A commonplace nowadays is that we live in unsettling times. Anywhere we look, from Trump’s presidency and the resurgence of right-wing politics in many countries, to the global environmental crisis and increasing inequalities embodied by the 1%, it is difficult to envision another world. Despair abound, we are stuck in an age of resistance. “There is no alternative”, we are told. Critically engaged individuals and communities, however, contest this idea and work every day to construct viable and progressive futures for our planet. In that sense, these times are also extremely exciting for committed social scientific research that could inspire a more hopeful politics.

With a similar engagement in mind, I embarked five years ago, on an MSc in Human Geography: Society and Space in Bristol. I was interested in learning another social science discipline, motivated to develop a critical and interdisciplinary approach. Having studied sociology as an undergrad, I always struggled with some degrees of social determinism and voluntarism that prevail in the practice of the discipline. Human geography in its part would help me advance more spatially sensitive research, understanding the importance of place-making, the environment, scalar politics, and urban processes. These issues were discussed in the Geographies of Political Economy group in Bristol; but also, given my interest in quantitative methods back then, I was attracted to the Department´s Spatial Modelling cluster too. Ultimately, this program fitted nicely for what I wanted.

I travelled to Bristol to pursue this degree after earning a scholarship sponsored by the Chilean Government. There, I approached literatures and discussions I had only read superficially (such as postcolonialism or continental philosophy) and others that I simply didn´t know (more-than-human and experimental geographies, for instance). Being in Bristol as a postgraduate student, meant engaging in discussions that were at the core of my initial interests. I fondly remember those “After neoliberalism” classes and the practical work we did at Hamilton House, in Bristol’s famous Stokes Croft. Also, those “Theorising Society and Space” lectures, deciphering Deleuze, Nancy, Badiou or Ranciere, and interpreting them in the light of the Occupy Movement of 2011. But furthermore, it meant improving some critical capacities for succeeding in academia – some hard-earned “soft abilities”. For instance, one of the first challenges I had as a Master student was a 4,500 words essay on critical perspectives in quantitative geography. I remember this milestone mainly because writing in English used to be (and still is!) quite a task for me – and ended up doing pretty well in the assignment.

The Geography Department in Bristol is a unique place that never ceased to impress me. A one-year Master, however, goes fast – and I mean, really fast. For instance, I was two or three months into my studies when I heard of opportunities of pursuing a PhD back then. But more importantly, I was four months into the MSc, when I had to think and decide on a topic for my Dissertation. The idea of choosing the subject of your final work ahead, is to develop it well in a couple of months and conduct the research and writing throughout the summer. As it was my first year living abroad and I really wanted to experience it fully, I decided to stay in Bristol during the summer (by far, the best time there). As I preferred to do research related to Chile, I had to rely on secondary data for my Masters dissertation.

Well trained in both qualitative and quantitative methods (the latter in particular, improved through a specific MSc unit), I spoke with possible advisors regarding my research interests – very broadly at that time, these were: urban studies, cultural geography, and political economy. Finally, guided by Mark Jackson, I end up writing a thesis on the cultural politics of urban imaginaries of Santiago, based on a TV Series depicting the city’s urban life, and analysing the inherent tensions behind the show as a cultural representation. Holding a Master’s Degree, I flew back to Chile to try my luck in the job market.

In Santiago, I worked as adjunct researcher for an NGO with offices in many Latin American countries. This NGO focuses on rural and territorial development issues, contributing to change through policy dialogue with institutional agents. To do that, they conduct applied research, that is, practical and instrumentally-oriented knowledge to push forward specific solutions or impacts. It was a very good position for a recently graduated, multi-disciplinary researcher like me. During the two years I spent there, I participated in many applied research and policy change projects. For instance, I investigated why certain Chilean regions had better levels of socio-economic development, bouncing back from the 2010 earthquake and tsunami. I also participated in developing policy instruments that might contribute to the decentralization and regional empowerment of Chile. And lastly, I was part of a research team dedicated to enhance a socio-economic development program for Chilean indigenous people.

Despite this, I always knew that at some point I was going to return to Academia. After Bristol, earning a PhD increasingly became an important personal goal for me for a few reasons. Firstly, I wanted to develop my own career, on topics that were not aligned with this NGO. And secondly, the conditions for doing critical research at the NGO were not ideal. Research NGOs are inevitably constricted by their wider politico-economic conditions due to their dependence on external funding. This discourages critical thinking and reproduces the project’s funders’ aims. More than addressing and understanding the complexity of social problems, NGOs are trapped in developing practical solutions. Empirical evidence is less about learning something new and more about constructing narratives to show an impact. That is why, for instance, some research techniques are discouraged (ethnographies) while others are more widely used (econometrics or GIS).

Of course, this problem is not unique to NGOs. As I said, it is related to their dependence on external funds for research, an issue which is now more important than ever for Academia. Government sponsored research is decreasing in many parts of the world, and/or becoming more and more contested. We know about the emergence of whole sets of bureaucratic techniques (e.g. impact factors and indexes) for assessing what is and what isn’t acceptable/fundable research. These, we know, are the times of neoliberal academia. Impact-based research, just like in NGOs, is becoming the norm. However, there are still spaces for critical and independent research – and that is something I learnt studying geography in Bristol, mainly because the immediate applicability of knowledge is not the ‘be-all and end-all’ of their kind of thinking. A critical academia should puzzle its audience and inspire it to question the times in which we live. Perhaps, it’s less about looking for solutions and more about asking different questions. Therein may be the key to resistance and finding alternatives. 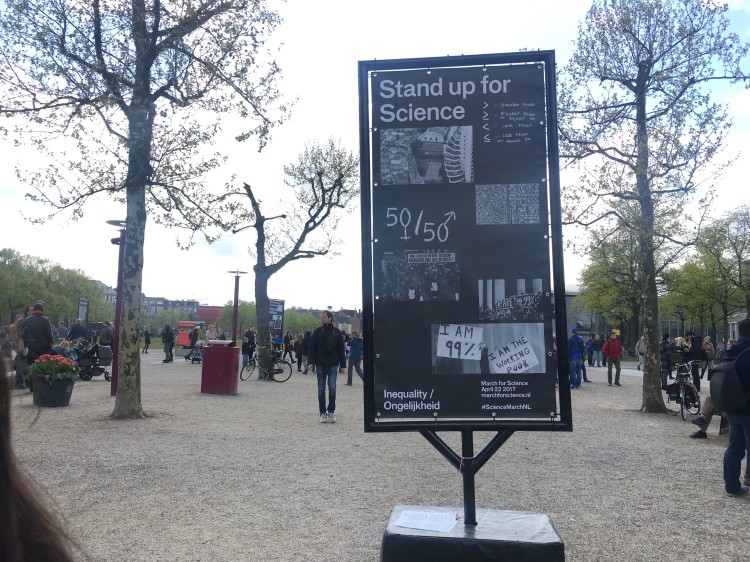 Nowadays, I am a PhD student at the Amsterdam Institute for Social Science Research (AISSR), based at the Department of Human Geography, Planning and International Development. I am writing a thesis on the impact of natural disasters on urban transformations in Chile, following literature from urban political ecology and critical hazard studies. My argument is basically that some policy discourses and practices related to environmental processes (natural hazards in this case) have very concrete negative impacts on cities. We are all meant to be “resilient” and “adapted”, given our current environmental global change. Nonetheless, there is mounting evidence that not everyone is able to do so. From a critical perspective, this will continue if we don’t tackle the structural factors influencing the need to be “resilient” in the first place, especially in terms of vulnerability, distribution of risks, and uneven (re)development processes.

I expect to finish by the end of 2020 – thus, I have a long way ahead. But my intention with this research remains the same: to go beyond the idea that “there is no alternative”. If critical scholarship aims to be relevant, it should break through the actual and the possible. It is not solely about analysing domination and power, but to visualize and construct progressive worlds – or as Raymond Williams stated, “to make hope possible, rather than despair convincing”. I hope this engagement continues with like-minded and committed persons, and that Bristol continues forming critical researchers.