While reading for the ‘Postcolonial Matters’ module of the MSc Society and Space program, I found myself pondering over a case study I encountered during my Geography undergrad course at Bristol University. In 2016 I wrote an essay on ‘Parque de la Papa’ and its indigenous management by the Inka peoples. Parque de la Papa is a Potato Park deep in the Peruvian highlands, and is known as a living library of potato biodiversity. My essay argued that the rapid decline of available growing space meant that increasing care would have to be given to sustain the Parque’s traditional Inka cultivation methods. Now, scholars such as Kloppenburg (2010) and van Dooren (2006), and their engagement with seed sovereignty, have inspired me to revisit the case study.

Parque de la Papa is particularly interesting for postcolonial thinking as it contests modes of primary accumulation; a concept recurrent in the Postcolonial Matters course. Primary accumulation can be broadly defined as the recharacterisation of qualitative forms of life into quantitative forms of natural capital, which depends on colonial modes of enclosure (Fairhead et al., 2012; Perelman, 2000). One form of primary accumulation is the commodification of nature, which is based on “the premise that nature can only be ‘saved’ through [its] submission to capital”, or in other words, through its accumulation (Büscher et al., 2012). Corporate seed banks are often regarded as a form of nature commodification; seeds are extracted from their in-situ setting and preserved in ex-situ reserves with financial motives disguised under the term ‘conservation’ (Graddy, 2013). Often those originally in possession of the seeds are not compensated; losing all control of them and granted none of the profit (ibid).

Parque de la Papa challenges corporate seed banks by successfully cultivating potato varieties using in-situ Inka methods; reaffirming qualitative value forms (ibid). Moreover, the Parque endorses its own form of plant archiving; creating a herbal product line with cosmetic and medicinal benefits (ibid). Groups of young women keep an extensive catalogue of biodiversity as they harvest and package the wild plants and herbs themselves (ibid). This is all complemented by the Parque’s eco-tourism initiative, which allows visitors to learn about Inka traditions and taste Andean native cuisine served by the Parque’s chefs (ibid).

However, and as I highlighted in my 2016 essay, increased temperatures mean that the Parque’s weather-dependent techniques face various difficulties (Sayre, 2012). Colder areas further upslope have had to be cultivated as the Parque’s production of chuño potatoes (shown in Figure 1) particularly relies on climate stability (ibid). Moreover, in 2011, more abrupt measures had to be taken. Samples of the Parque’s seeds were sent to the unmanned Svalbard Global Seed Vault (SGSV) situated within the Arctic Circle as an attempt to aid their long-term preservation due to climatic pressures (ibid). Although this method differentiates from corporate seed banks as (1) the seeds are still under the control of the Inka population and (2) in–situ production is still partially utilised, this nevertheless brings up questions related to biodiversity conservation.

If the Parque’s traditional modes of cultivation were not enough to protect the biodiversity of its potatoes, and the use of an ex-situ reserve as a result necessary, how successful is the Parque’s contestation of colonial forms of enclosure? Perhaps, and as I said back in 2016, the seed bank utilised by the Inka people is at risk of developing the same standardising and centralizing practices that typify dominant ex-situ conservation – is a gradual decrease in ingenious control inevitable? And with climate change only increasing, how long will in-situ cultivation be able to contribute?

I now want to assess how the Parque is currently handling the climate issues presented above. To do this I bypassed more academic realms of information (as in this case they are slightly out of date) and took to social media. Parque de la Papa runs a frequently updated Facebook page, and though there is clear potential for bias, it is an ideal source for insights into the area’s current state. Just last week the Parque was visited by Peru’s Vice President Mercedes Araoz and its Minister of the Environment Elsa Galarza, with a Facebook post claiming that the Parque thus hopes to be recognised as a reserve of agrobiodiversity. Many landscape photos of vast potato fields have also been recently shared, signalling the steady continuation of in-situ growing methods. Moreover, an article published on an Andean news website only last week highlights Galarza’s claim that “the use of [the Parque’s] natural resources contributes to Andean communities’ economic and social development and promotes preservation of Andean ecosystems, genes and species in the context of climate change” (Andina.com, 2017). Although no recent information could be found on the use of the Svalbard reserve, it does seem as though the Parque is still championing Inka modes of in-situ knowledge while preserving biodiversity.

So long as the Inka at Parque de la Papa are respected with regards to the governance of their potato seeds, with ex-situ safety measures complemented by in-situ modes of indigenous technique, I believe that the Parque will undoubtedly continue to successfully contest colonial modes of nature commodification. However, if at some point in the future the Parque’s potato seeds are only stored in ex-situ holdings, awaiting a suitable climate for release, the continued practice of Inka modes of cultivation that anchor down indigenous knowledge/value forms will no longer be at play. All involved should be prepared for the issues related to this potentiality.

Graddy, T. (2013). Situating In Situ: A Critical Geography of Agricultural Biodiversity Conservation in the Peruvian Andes and Beyond. Antipode, 46(2), pp.426-454. 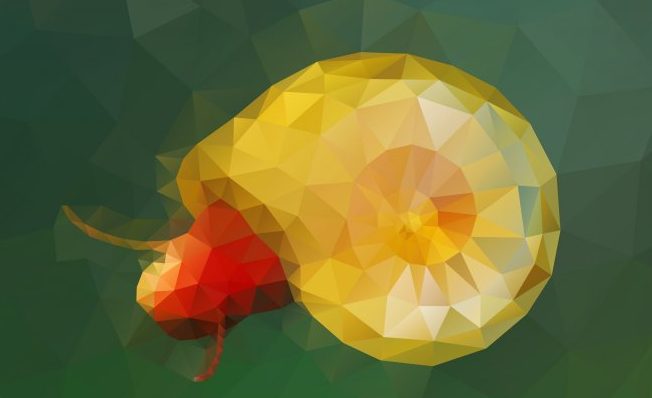