Continental philosophy of social science encompasses a rich canon of thinkers, in turn reflecting the longer histories of European thought,  from Ancient Greece and Rome, to early Christendom and today. However, the dominance of Anglo-American philosophy within much of the contemporary social sciences has served to marginalise the continental tradition, either through outright omission or reductive inclusion. The Society and Space MSc, through the compulsory module ‘Researching Society and Space’, seeks to push back against this dominance. In the course, Dr Yvonne Sherratt guides students along the continental tradition, developing a historical understanding from which the distinctly humanist character of the continental philosophy of social science can be understood and engaged with.

Below is an excerpt from a paper I wrote as part of a summative assessment for the Researching Society and Space module. The module navigates across the traditions of hermeneutics, genealogy and critical theory, whilst exploring the practical application of these ‘methods’ to the study of society and space. This excerpt explores Critical Theory, a movement that originated from Max Horkheimer and the Early Frankfurt School. 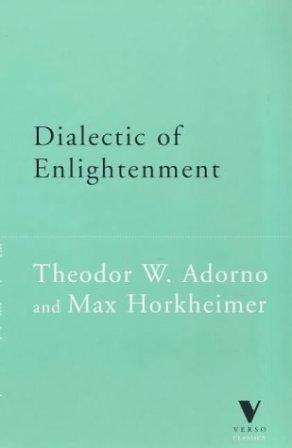 Critical theory is commonly faulted for a lack of substantive precision (Antonio 1981; Held 1980). However, in spite of how broadly it has been applied, Critical Theory is the result of a very specific historical trajectory, encompassing a distinct form of critique (Sherratt 2005). Critical theory should not be encountered as a theory per se, but a method of internal critical analysis. Mobilised as a method, critical theory embodies reasoning as a tool to illustrate the discrepancy between the ideal and the actual. To uncover this disjuncture is to animate hope; internals aims can be seized, inner perfection can be advanced, and emancipation, the ultimate goal of critical analysis, can prevail. The tradition of critical thought can be divided into two distinct strands, the first centred on the work of Max Horkheimer and the Early Frankfurt School, and the second upon the more recent work of Jürgen Habermas. Although Habermas’ work is often presented as the pinnacle of critical theory (Held 1980), it is the thinking of Horkheimer and the Early Frankfurt School that provides the foundation of contemporary critical analyses.

The work of Horkheimer – the director of the Early Frankfurt School – maps out the methodological “tools” of critical analysis. Critical Theory owes a historical debt to German philosophy. Horkheimer’s concept of critical theorising developed and extended German philosophy’s focus upon reason and knowledge (Immanuel Kant), its dialectic and teleological model of history (Georg Wilhem Friedrich Hegel), a preoccupation with capitalism and reconciliation (Karl Marx), and an analysis of false and true consciousness (Georg Lukacs). Aroused by the same question as Lukacs and late Marxists in general – “why had Marx’s prediction of communism (reconciliation) not materialised?” – Horkheimer authored Critical Theory in its particular form: a rejection of traditional theory and false consciousness, an analysis founded upon internal critique, and the creation of a space in which emancipation would prevail.

Horkheimer coined the term Critical Theory in opposition to what he entitled “traditional” theory. Traditional theory employs knowledge gained through activities of survival to prescribe a more functional social structure, which can produce and reproduce more efficiently. Inefficiency is supposedly eliminated, with every individual acting upon nature as prescribed by their predetermined position within society (Tar 1997). Traditional theories transpire from an instrumental form of reasoning; they are dominated by means. Horkheimer, in trying to understand why communism had failed to triumph, rejected this materialist thought. He argued the huge administrative machinery entailed by capitalism, and the accompanying bureaucratisation process, culminated in the spread of reductive systems of reason and unthinking, repetitive forms of behaviour (Sherratt 2005), and the spread of instrumental reason. Under the dominance of instrumental reason, the means set out by capitalism were accepted, as questions regarding their content and the social organisation from which they were achieved became relegated to mere matters of taste (Brincat 2012). Questions of validity were eliminated and a “false consciousness” was cultivated as the barrier between truth and power dissipated; instrumental reason became knowledge and, in turn, the origin of power (Habermas 1982). For Horkheimer, the defeat of “false consciousness” required an alternative theory – Critical Theory. 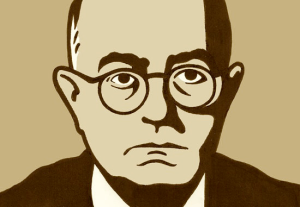 Critical theory is an alternative kind of theorising, it thinks beyond instrumental reasoning and addresses the issue of purpose. For Horkheimer theory literally means to theorise; it does not provide a set of propositions but rather refers to a kind of activity generated within a social context (Sherratt 2005). This novel method of theorising illustrated how society failed to live up to being enlightened, it pinpointed both individuals’ and societies’ delusions and irrationality and revealed how Western society had failed in achieving its own ideals, including emancipation (Sherratt 2005). If Critical Theory was to cultivate a more rational society, it required an enlightened, substantive form of reasoning that measured human conditions based upon justice, peace and progress; it required a reflective form of reasoning.

Critical Theory proceeds through a process of immanent or internal critique. Immanent critique originates with Hegel’s historicism, in which all activity and every aspect of human society is progressing towards the kernel of its own perfection. Furthermore, Hegel believed this kernel of perfection could be known. The Early Frankfurt scholar Theodor Adorno captured the idea of knowing inner perfection, suggesting it was as if Hegel was advancing the capacity of an institution to “speak” for itself – it could define itself according to its own internal aim (Sherratt 2005). Internal critique speaks from within; advanced as a method, it is a reasoned critique shaped by internal aims, inner purpose and real potentials that may or may not have been attained. Working in conjunction with Adorno’s thinking of voicing perfection from an internal position, Horkheimer’s internal critique illustrated how capitalism is driven by a dialectical contradiction between the ideal and reality (Antonio 1981), that is, between internal purpose and what actually is at present. Irrationality is the chain knotting this disjuncture, and it prevails until a dialogue exposing the discrepancy is realised. By fostering an awareness of failure and uncovering all forms of irrationality, internal critique nurtures an emancipatory space in which individual, institutions and practices can be reunited with their own internal aim (Sherratt 2005). Critical Theory therefore creates new spaces of possibility from which emancipation can be internally attained and progress towards perfection potentially mobilised.

What contemporary concerns within geography does a Critical Theory approach have the potential to shed new light on?

Antonio, R. J. (1981). Immanent Critique as the Core of Critical Theory: Its origins and developments in Hegel, Marx and contemporary thought. The British Journal of Sociology, 32(3), 330-345.

Brincat, S. (2012). On the Methods of Critical Theory: Advancing the project of emancipation beyond the Early Frankfurt School. International Relations, 26(2), 218-245.